This Year's JAMB Examination Might Be The Last In Nigeria 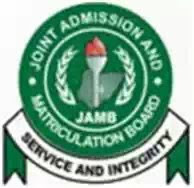 ABUJA—The Federal Government is scrapping the National Examinations Council, NECO, and the National Poverty Eradication Programme, NAPEP among othergovernment agencies. It is also divesting theJoint Admissions and Matriculations Board ofpowers to conduct examinations into tertiary institutions in the country.


The government is taking the decision in order to streamline agencies of government and reduce the cost of governance.

The decision, Vanguard gathered is part of the recommendations of the Steve OronsayePanel Report on the reform of government agencies and ministries.

The Oronsaye Committee Recommendations
Mr Oronsaye who was the former Head of the Civil Service of the Federation recommended the abolition of 38 agencies, merger of 52 and reversal of 14 to departments in ministries.

According to the white paper, which was drafted by a committee headed by the Attorney General of the Federation, Mohammed Adoke, the Joint Admission and Matriculations Board would be divested of the powers to conduct matriculation examinations into tertiary institutions while universities would be allowed to conduct their entrance examinations to students.

Although the JAMB would not be scrapped, itwould be a mere administrative structure that would set standard for minimum requirements on how the various universities would conduct entrance examinations.

JAMB to be re-modelled
JAMB will be modelled along same line with the body in the United States of America which sets standards for admissions into institutions of higher learning.

Other decisions taken by government on the Oronsaye committee include the scrapping of the National Examinations Council, NECO, the National Poverty Eradication Programme, NAPEP, and the National Complaints commission.

The report seen by Vanguard , recommended that the functions of NECO would be assumed by the West African Examinations Council, WAEC, which will also take over the structures of NECO nationwide.

Under the proposal, the National Poverty Eradication Programme would be replaced by an agency called National Agency for Job Creation and Empowerment (NAJCE) while the National Complaints Commission will be merged with the National Human Rights Commission.

The Government rejected the recommendation urgung the scrapping of the Economic and Financial Crimes Commission, the Independent Corrupt Practices Commission and the Ministry of Police Affairs, saying it would be counter productive.

A member of the committee told Vanguard that the decision was preparatory to government’s plans to overhaul major sectors in the country.
“JAMB will be divested of the admission provision.

It will no longer conduct examinations but will be a clearing house. Every school will admit its students.

“Neco will be scrapped and its infrastructure will be merged with that of the West AfricanExamination Council (waec).

“Universities will be allowed to set their standards but jamb will set the minimum standard for admission into all tertiary institutions” the source said.

Several efforts to reach the Special Adviser to the President on Media and Publicity failed as he did not pick his phones as at the time of this report.

It will be recalled that the Oronsaye report stated that the average cost of governance in Nigeria is believed to rank among the highest in the world.

Oronsaye said in his report that “there are 541 Government Parastatals, Commissions and Agencies (statutory and non-statutory).

“Going by the recommendations of the Committee, the figure of statutory agencies is being proposed for reduction to 161 from the current figure of 263.

“The Committee believes that if the cost of governance must be brought down, then both the Legislature and Judiciary must make spirited efforts at reducing their running costs…”