Below is the programme of activities for the sent-forth; 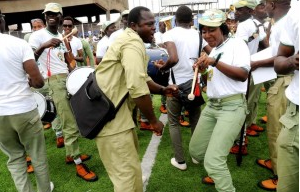 i. Thursday 23rd- Thursday 30th March 2017
(a). Job creation and awareness week, sensitization of Corps members on Job creation opportunity after service. This will be done at the local government level using relevant officers.

ii. Friday 31st March, 2017- Tuesday 4th April 2017
(a). Release of Passing out Corps Members by employers
(b). Registration/Clearance of corps Members, information on condition for issuance of certificate of national service.


iii. Wednesday 5th- Thursday 6th April 2017
(a). Signing of final clearance by Zonal inspectors
(b). Debriefing/Evaluation of service year
(c). Administration of Questionnaire (From 4B) on passing out Corps members
(d). State farewell party to be presided over by the Governor of the state.

iv. Friday 7th April 2017
(a). Distribution of certificate of national service to deserving Corps at Local government level.
on March 21, 2017