Dr. Omole had his reasons. He alleged that registration has been difficult for candidates who want to take the exams. He also asked the Minister of Education, Mallam Adamu Adamu, to keep the JAMB Registrar in check and make sure life is easier for candidates. 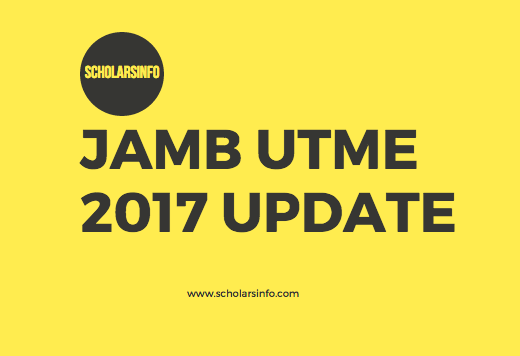 
Download: WAEC Past Questions And Answers App On Mobile
Text your name and email for activation keys ➡ 09034039101

Also, Dr. Omole doesn't believe in the competence of the Registrar, making reference to the fact the JAMB's mock examination was stopped due to logistic problems.
But the real punch was when he called for the scrapping of JAMB. He believes the Board is no longer useful and Universities should just go on to design their own standard examinations for people seeking admission.

These are Dr. Omole's words:

Where he believes it's avoidable stress.
“Why will anybody make life difficult for candidates whose parents are struggling to live under the terrible condition the government has made them to live in?
Where he makes his case for JAMB to be scrapped again.
“Why would somebody introduce changes that are only known by members of the board? We have made case for the scrapping of this body because in the present instance the introduction of different registration procedures has turned candidates to victims of fraud. While different centres now make business by arranging with private schools who bring all their students in group to come and register while children of the masses look on.”

Where he believes the entire process if flawed.
“This is a failed approach to change and the Registrar admitted this with the cancellation of the mock examination. How can we ensure that the candidates prepare well for the exams when they spend weeks waiting for Personal Identification Number and are at the mercy of registration officers who force them to go to cybercafe where they have arrangements to first create their profile before they can have their PIN”.

Where he believes it's a total failure.
“This is where people are duping Nigerian children. This is a total failure. Students must have at least three months for registration, its procedure must be open and their options to public universities must not be limited to serve the agenda of the proprietors of private universities.”
Over to you:
on April 21, 2017