NABTEB Result 2017 is not yet out as the NABTEB Registration for 2017 is still on-going. The official NABTEB website is http://www.nabtebnigeria.org/. In a situation where you have to verify any update as regarding NABTEB Result Checker, NABTEB eWorld, NABTEB Timetable, etc. Kindly copy and paste the NABTEB portal URL on your web browser for a more concise detail about NABTEB Nigeria. You could as well visit their alternate website located at www.eworld. nabtebnigeria.org.

NTI New Website: No More Purchase Of "PINs" - nti.edu.ng: The National Teachers Institute has made known to the general public and all interested applicants that a new registration portal has been launched to enable convenient registration and payment of fees starting from the 2017/18 academic session.

Below is the List of 1000 Candidates Selected for Tony Elumelu Entrepreneurship Programme.

UNIBEN Teaching Hospital School of Nursing Form is Out

UNIBEN Teaching Hospital School of Nursing Form is Out for 2017/2018 academic year.

Babcock Admission Form is Out [2017/2018]: Babcock University application form for admission into the university undergraduate programmes for the 2017/2018 academic session is out.
Read more »
on March 22, 2017 No comments:

MOCPED Admission List [2016/2017]: Michael Otedola College of Primary Education (MOCPED) in affiliation with the University of Ibadan (UI) admission list for the 2016/2017 academic session is out.

NYSC Registration Requirements/Mobilization Of Corps Members [2017/18]: This is to inform all prospective corps members, i.e. Nigerians who have graduated from Universities and Mono/Polytechnics both at home and abroad that the NYSC On-line registration portal will be opened from Monday 17th april to Thursday 4th May, 2017 to enable them register for the 2017 Batch ‘A’ mobilization.

JAMB Registration Guide For 2017 UTME Exercise: This is the few tips we've come up with to guide you upon JAMB UTME registration. Continue reading below:
Read more »
on March 22, 2017 No comments:

KASU Undergraduate Registration Portal Re-Opened [2016/17]: The Authorities of the Kaduna State University has approved the re-opening of the undergraduate registration portal for 2016/2017 session.
Read more »
on March 22, 2017 No comments:

Email ThisBlogThis!Share to TwitterShare to FacebookShare to Pinterest
Labels: KASU

Email ThisBlogThis!Share to TwitterShare to FacebookShare to Pinterest
Labels: LASU

AFIT Academic Calendar Schedule - 2016/17: The Air Force Institute Of Technology, Kaduna has published the calendar of events for the 2016/2017 academic session. 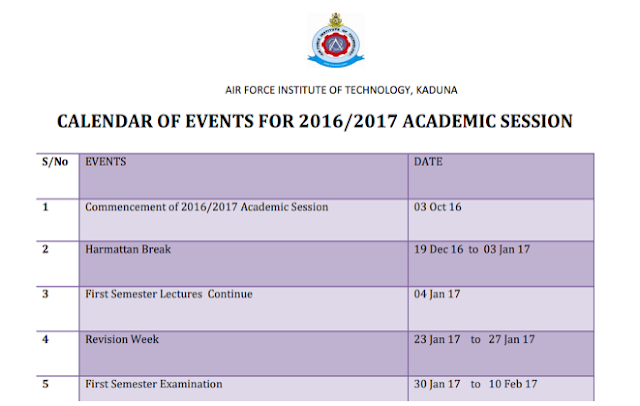 The Academic Calendar breakdown can be seen below:

Email ThisBlogThis!Share to TwitterShare to FacebookShare to Pinterest
Labels: AFIT

CRUTECH 1st Semester Examination Dates - 2016/2017: The Mangement of the Cross River University of Technology wishes to inform Staff and Students of of the new dates for the first Semester 2016/2017 Examination.
Read more »
on March 22, 2017 No comments:

AKSU Introduces New Online Payment Platform Called AKSU E-Payment: The Akwa Ibom State University has introduced the case of the online option for making school fees payment. This is to reduce the queues in the bank and to make fee payment simpler for our Students.
Read more »
on March 22, 2017 No comments:

Email ThisBlogThis!Share to TwitterShare to FacebookShare to Pinterest
Labels: AKSU 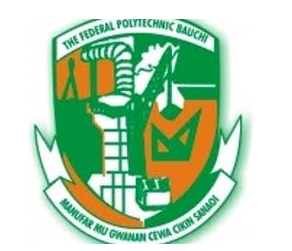 Madonna University Collection Of Statement Results and Notice is currently ongoing in all the three campuses.

Below is the NYSC Mobilization TimeTable for 2017 Batch A Graduates. 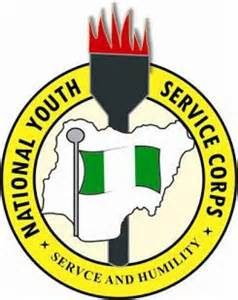 2017 Batch 'A' Corps Members will commence their online registration starting from Monday 17th April to Thursday 4th May, 2017.

In his address on “Taking pride in your contribution to our Future; Town and Gown, the University Culture and Services”: the Ag. Deputy Vice Chancellor, Prof. S. M. Omodia admonished the students to endeavor to contribute positively to upholding a functional academic culture in the University through the manifestation of good maintenance culture, prompt payment of school fees and general good conduct as they are part of the image makers of the University to the wider world.

In his Speech, Mr. A. Garuba, the Librarian, admonished the students to take advantage of the resources available in the library so they can have a very rich academic experience. The Bursar of the University, Mr. C. Okhani emphasized and advised students on the need to pay their school fees promptly. Prof O.O. Akinyinka, the Provost of the Medical School advised students to abstain from drug abuse and sexual immorality. The Dean of Student’s Affairs, Dr. Mrs. F. U Masajuwa also advised students to live peacefully with one another, tolerate one another and learn to live in harmony in the halls of residence.

Students were advised to be security conscious at all times. They were also encouraged to make use of the sporting equipments provided by the University.
The Ag. Vice Chancellor however, concluded the event by admonishing them to focus on their studies which constitute their primary purpose of being on campus.

Kano Poly ND Full-Time Admission Form is Still On Sale for 2016/2017 academic session. See list of programmes and how to apply for admission below.
Read more »
on March 21, 2017 No comments:

Below is JAMB Pin Vending Procedures and List Of Authorized Banks to process your JAMB registration 2017.
Read more »
on March 21, 2017 No comments:

LAUTECH Pre-Degree Science Academic Calendar for the 2016/2017 academic session is out.

This is the JAMB List of Registration Centres/Cafe(s) Nationwide for 2017 JAMB UTME registration.
Read more »
on March 21, 2017 No comments:

This is to notify the public that Federal Polytechnic Ukana 1st Matriculation Ceremony Event Date has been scheduled for 2016/2017 academic session.
Read more »
on March 21, 2017 No comments:

UMYU 2nd Convocation Ceremony Date for Graduands and investiture of the chancellor has been scheduled as follows.
Read more »
on March 21, 2017 No comments:

JAMB Mobile Application for 2017 JAMB UTME Registration has been launched. 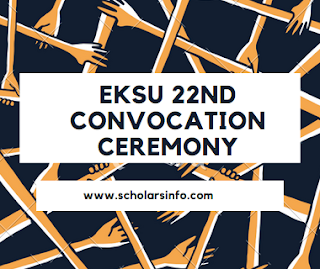 Ekiti State University, EKSU wishes to inform all parents, graduands, guardians and the general public as well as the University community that the activities marking its 22nd Convocation Ceremony will take place as scheduled below:

See also: UNIPORT 31st Convocation And Programme Of Events
on March 19, 2017 No comments:

EKSU 22nd Convocation Gown Collection Guidelines has been set for the 2016/2017 Convocation Ceremony.

EKSU College Of Medicine Vacancies for academic and non-academic staff 2017.

This is LASU Programme of Events for 21st Convocation Ceremony. 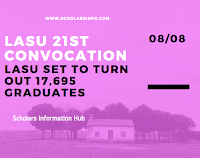 See: LASU Set to turn Out 17,695 Graduates
This is Lagos State University (LASU) 21st convocation ceremony programme of events and invitation. The Vice- Chancellor, Professor Olanrewaju Adigun Fagbohun and the management of LASU hereby informs all Parants, Graduands, Guardians, the Public and the University Community of the programme of events for the 21st Convocation Ceremonies which is scheduled as follows:

Below are the activities of the 21st Convocation Ceremonies:


The following personalities will be given the honorary award for contributing in the development and betterment of the university community: 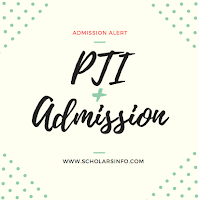 Aspirants should be aware of this trend because JAMB has listed PTI in its brochure in line with the Federal Government’s directive to ensure uniformity in admission processes into all tertiary institutions. 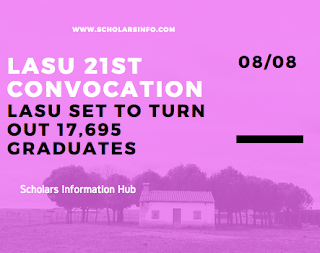 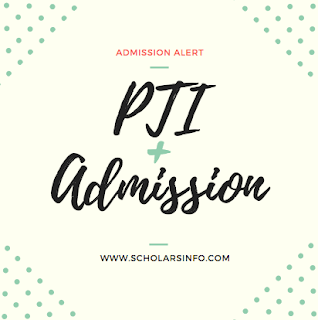 This is to inform the general public that PTI Admission 2017 for ND/HND and Certificate Programme is currently ongoing.

This is to inform the general public that UNIPORT 31st convocation ceremony will commence from Friday March 17th, 2017 to Saturday March 25th, 2017.

Can we check and send result?

Yes, we can check and send your result to your email for N1,500. You do not need to buy scratch card again. Cost of scratch is  within the charges.

Exception: Unfortunately, we can't check your JAMB result for you and it doesn't need scratch card. Just login to your account and check your result after making payment to JAMB official account.